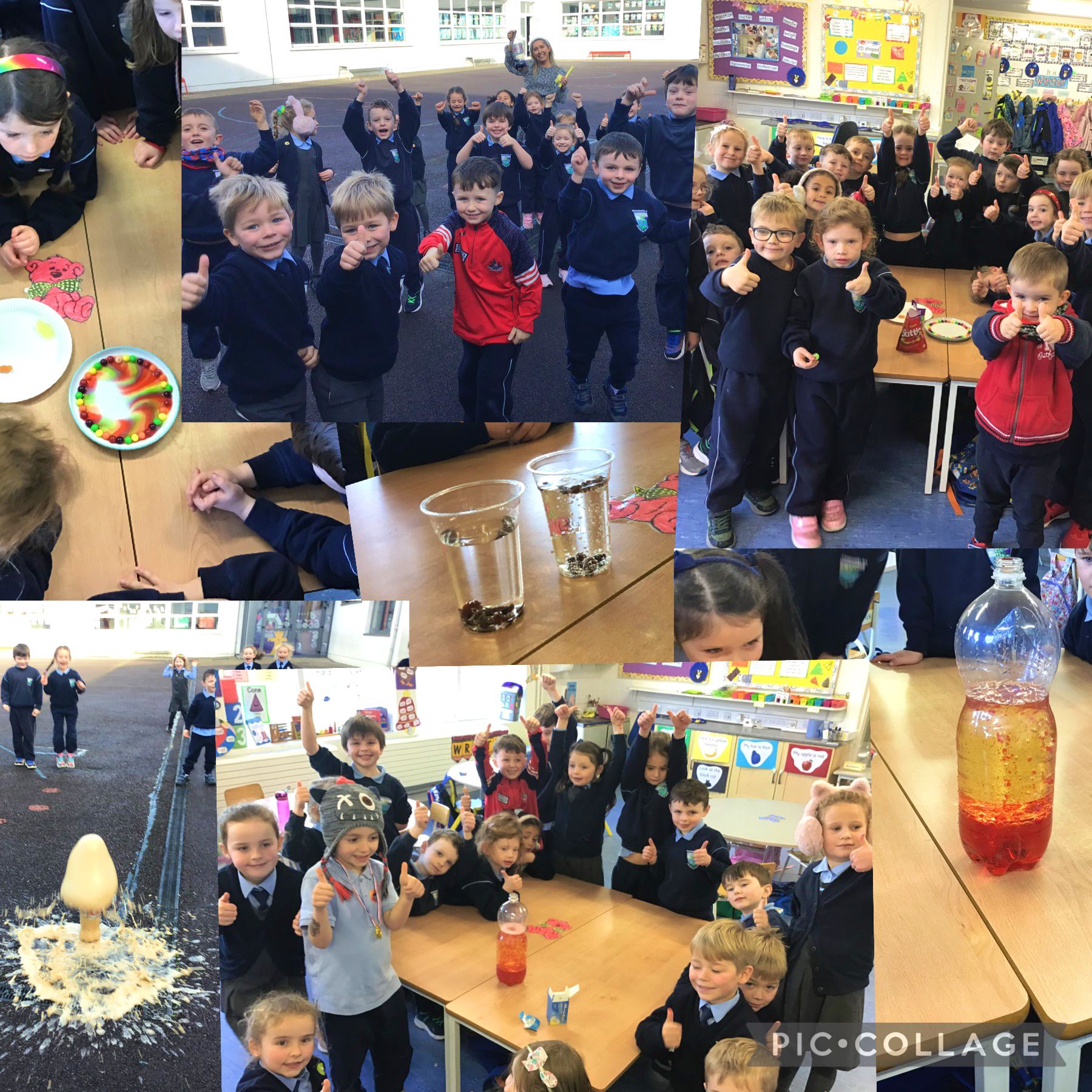 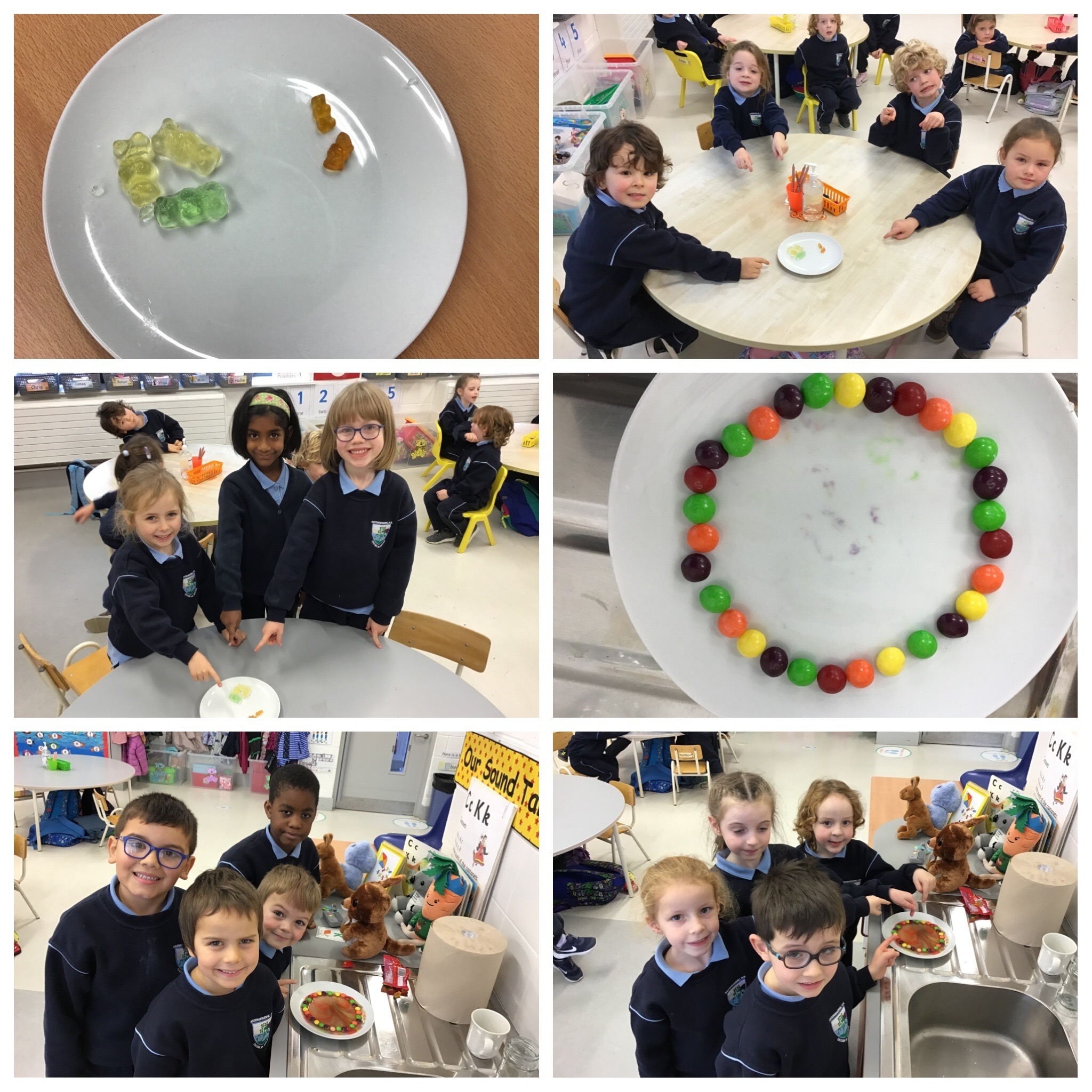 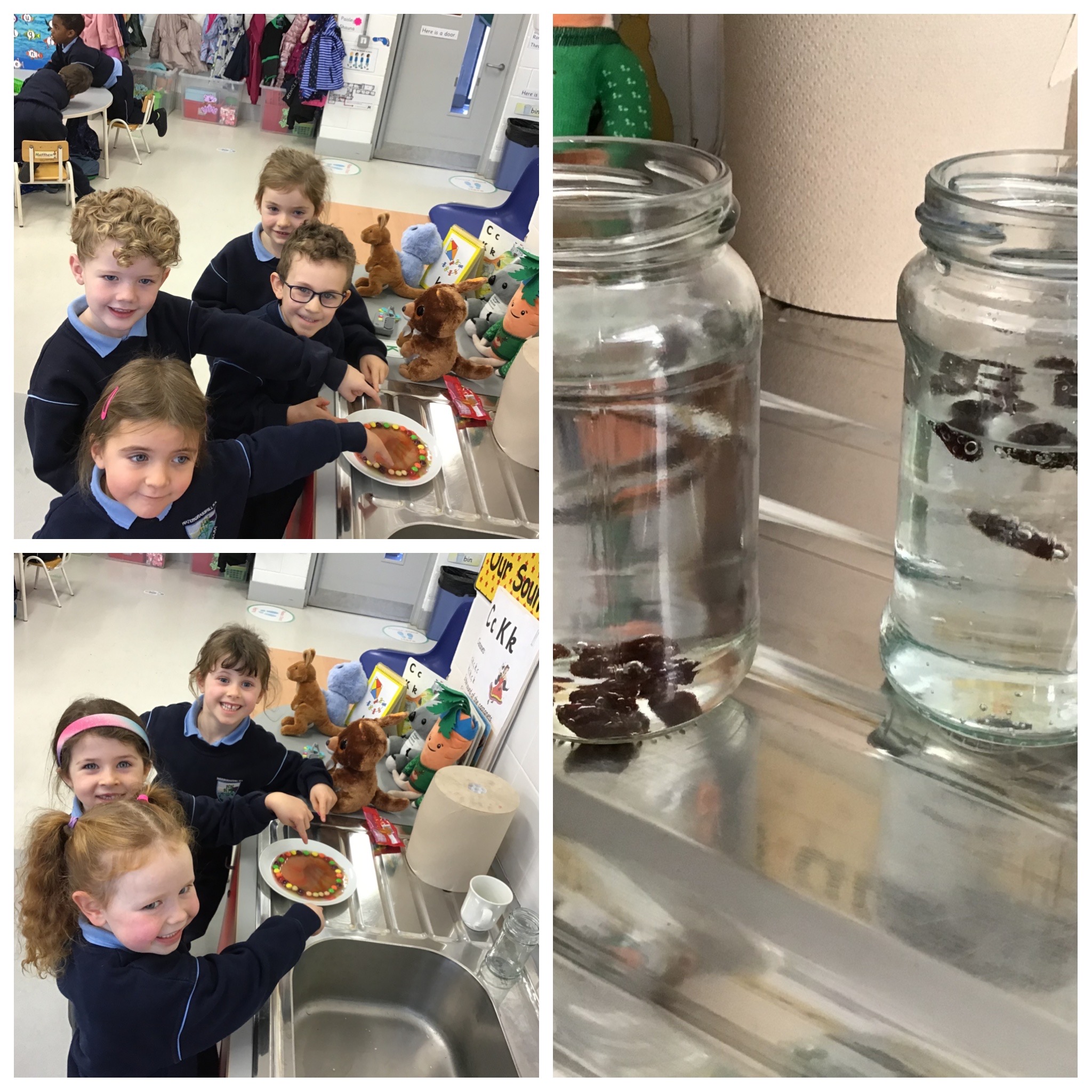 There was great excitement in Ms Warner’s 1st Class for Science Week. The children used baking soda and vinegar to inflate a balloon! 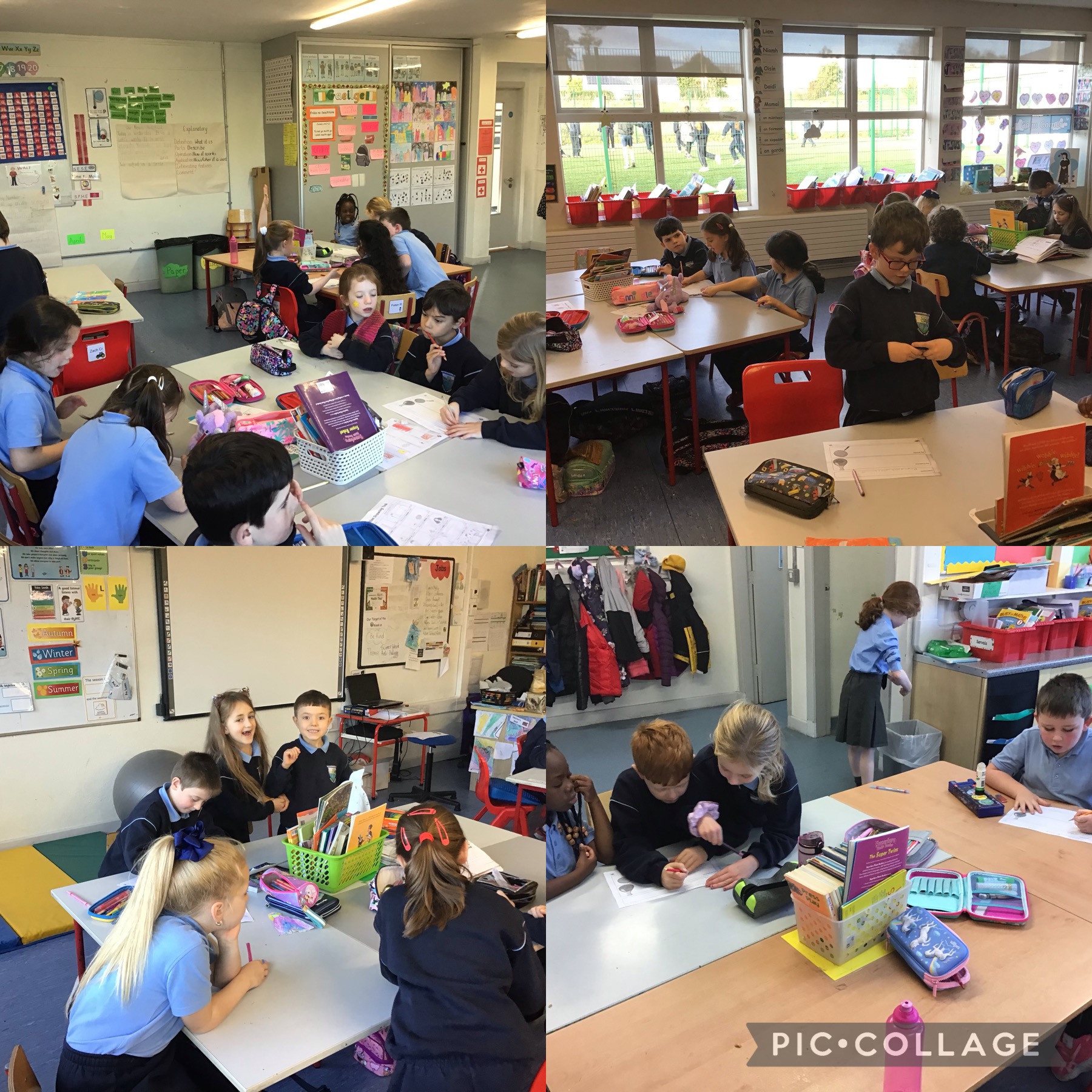 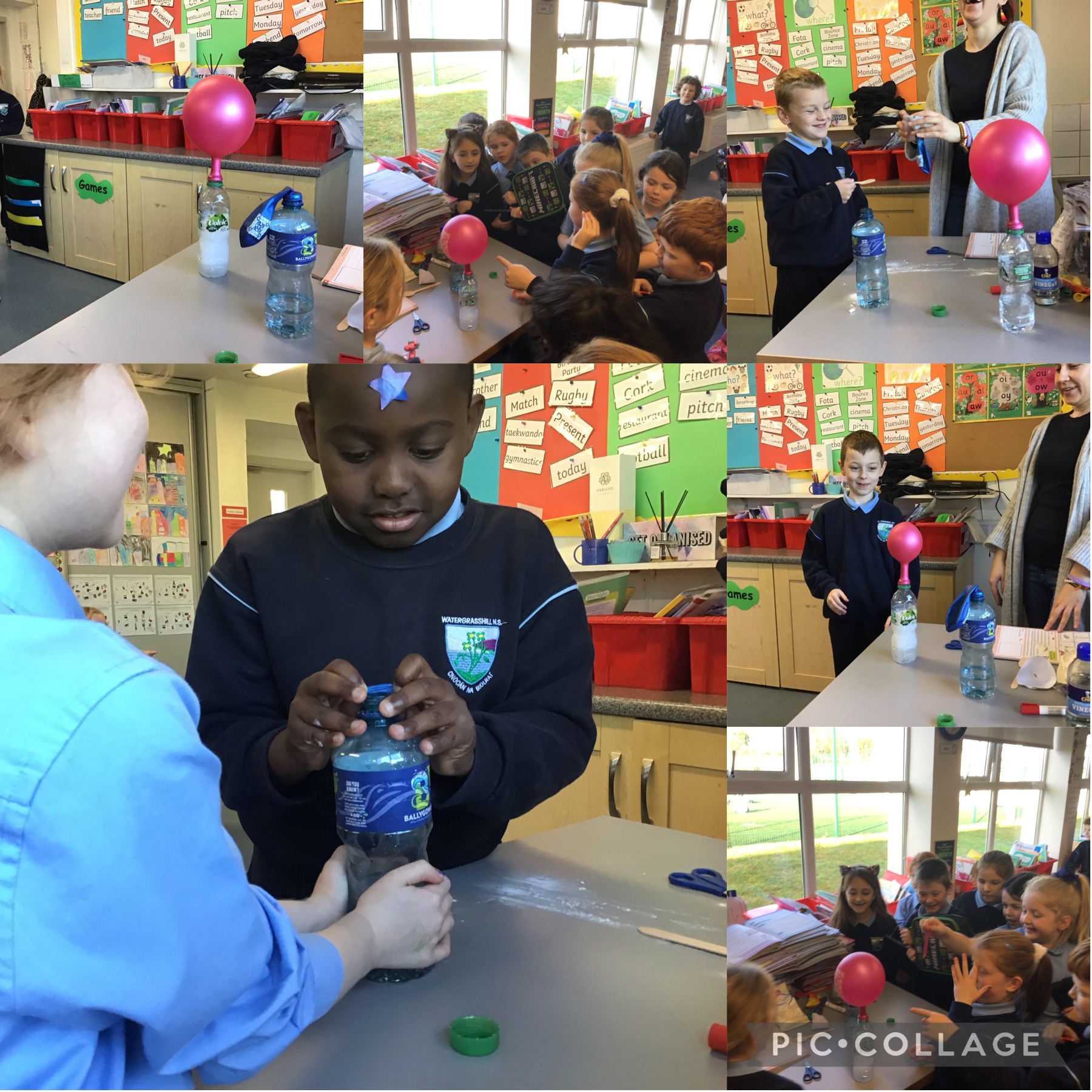 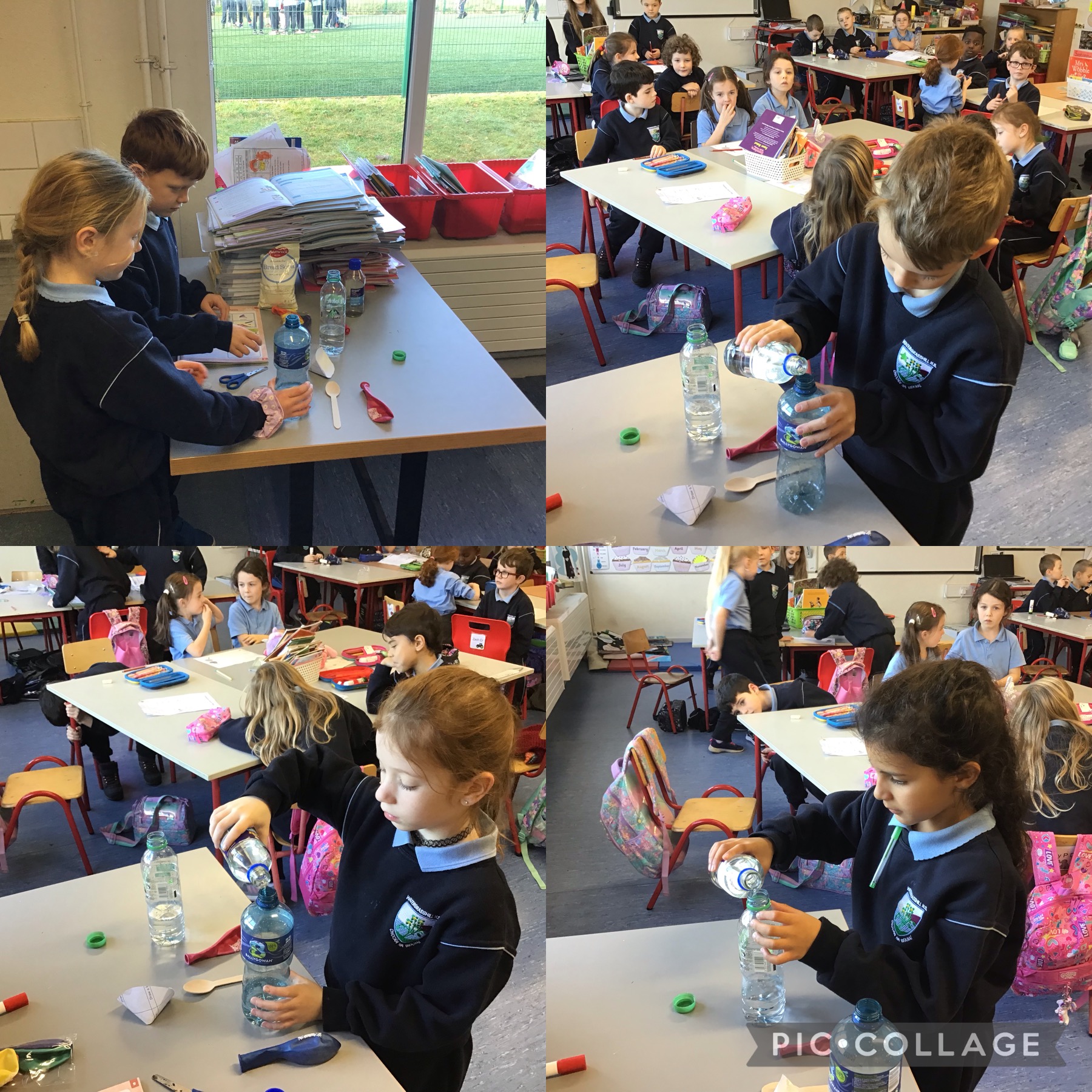 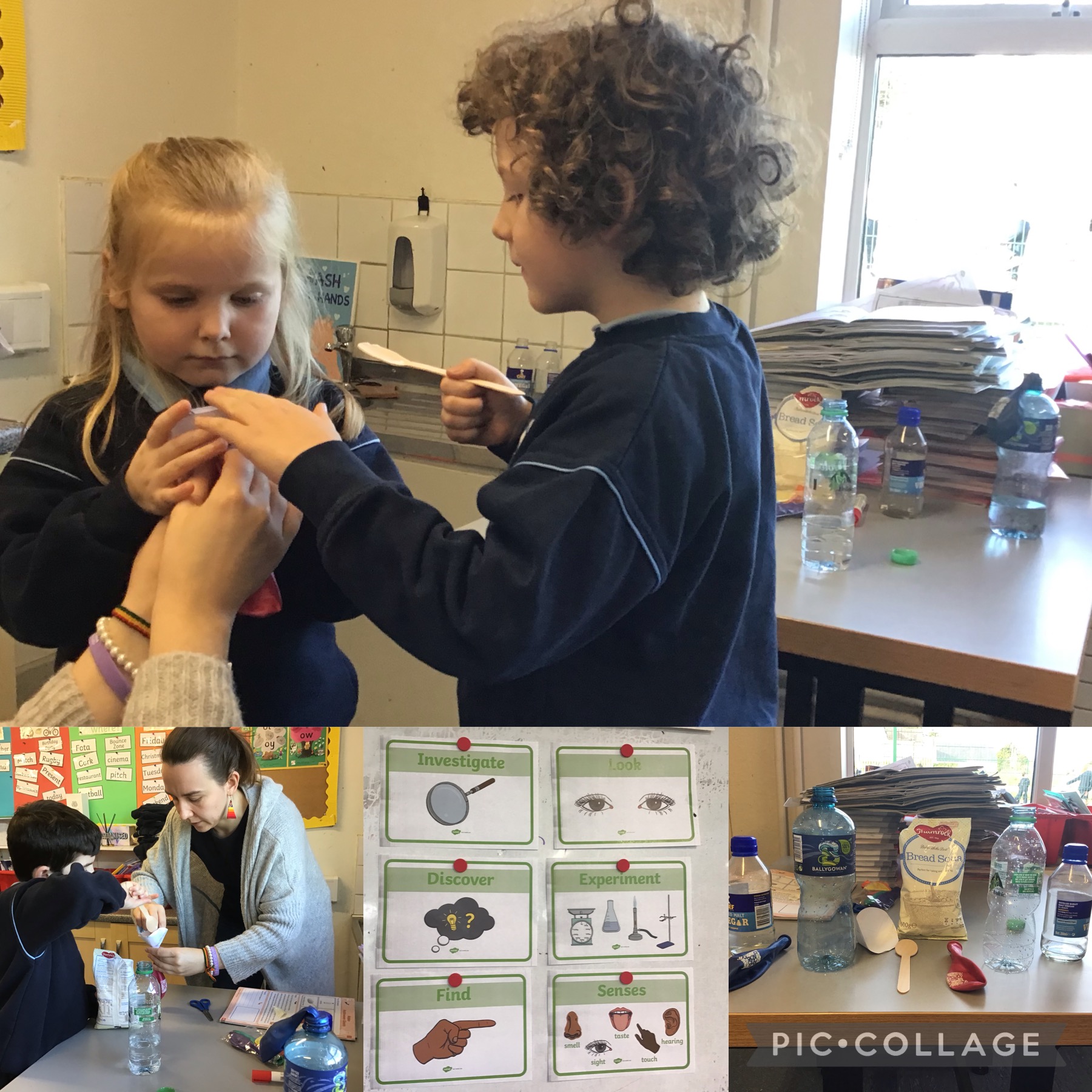 Ms O’ Leary’s 2nd Class learned about Static Electricity this week, they had great fun doing some experiments making static electricity and testing which material made the best static! They also learned about some of the dangers around Electricity. 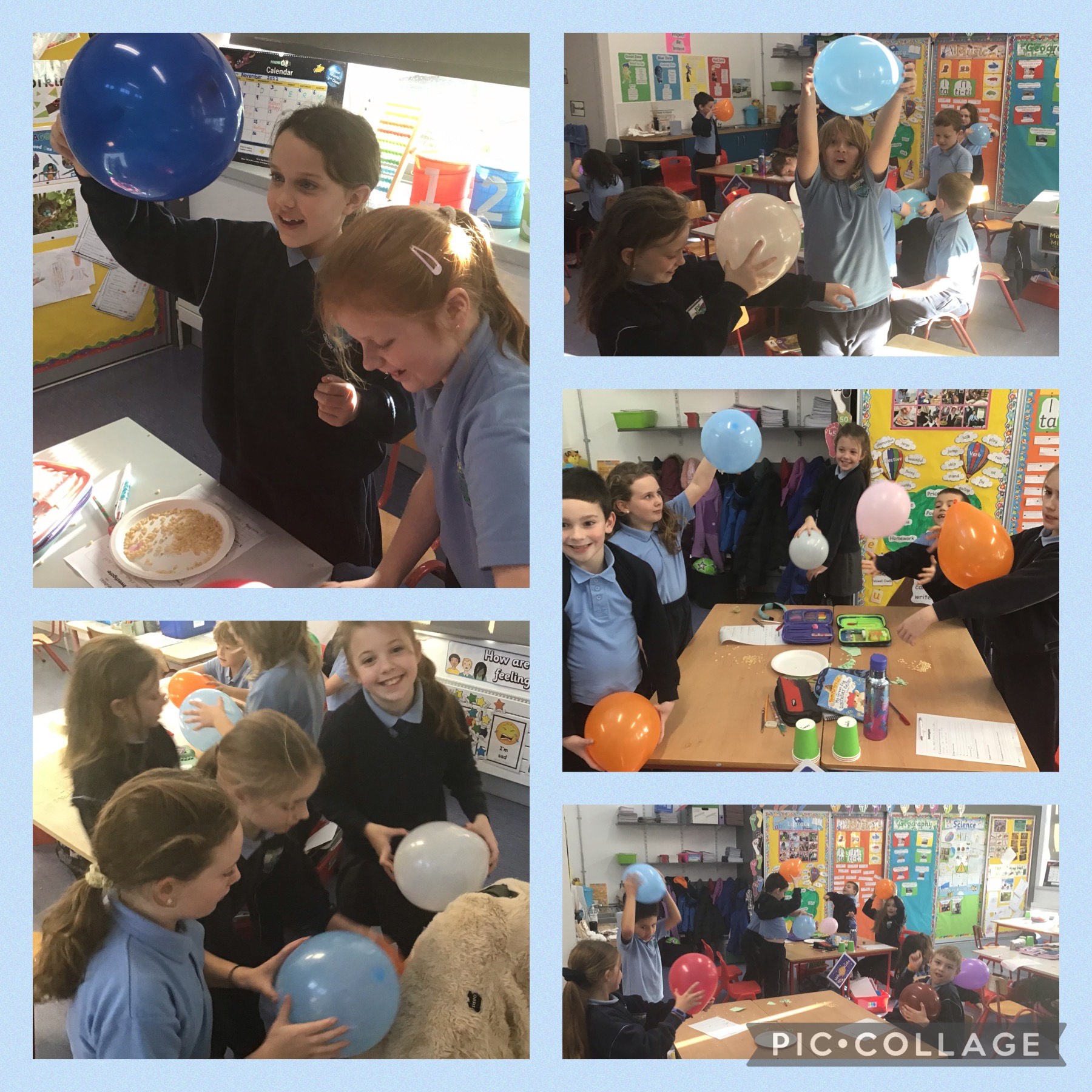 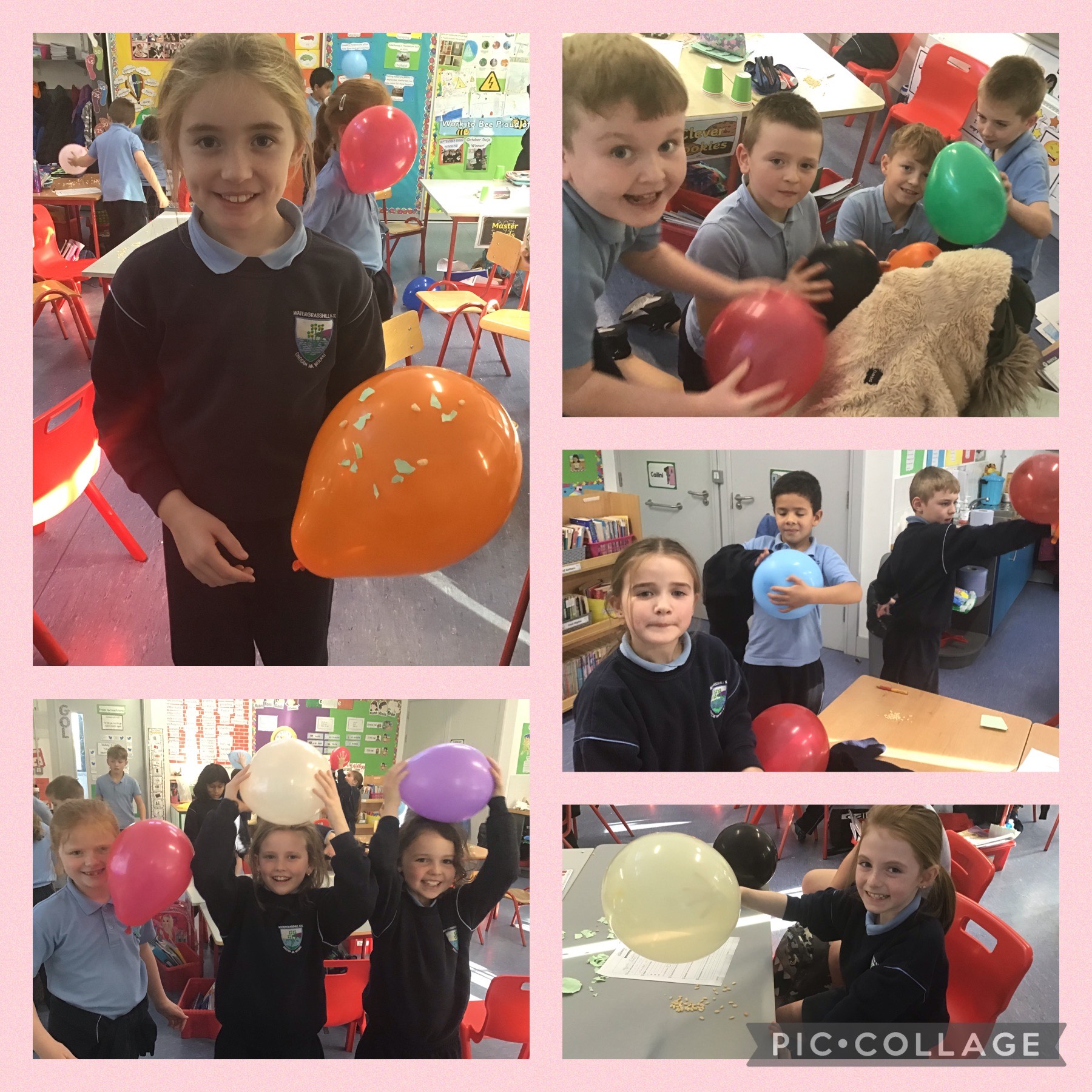 As part of Science Week Mrs Newman’s 5th Class looked at the amazing strength of triangles, which are used a lot in construction. They made 3D cubes and triangular pyramids with cocktail sticks and sweets to investigate which shape was stronger. The children were then challenged to build a bridge from one book to another using their knowledge of shape and strength to enhance their construction. 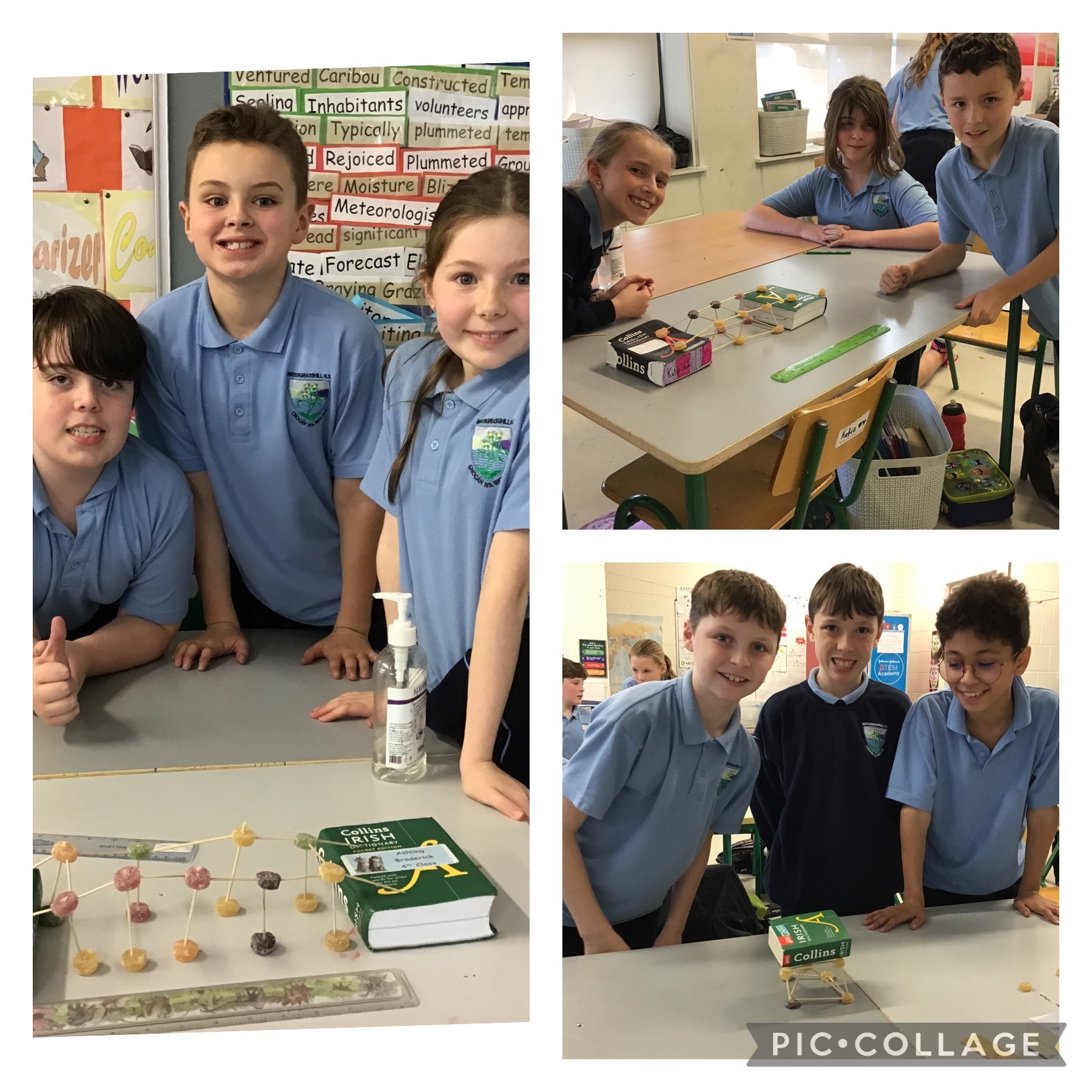 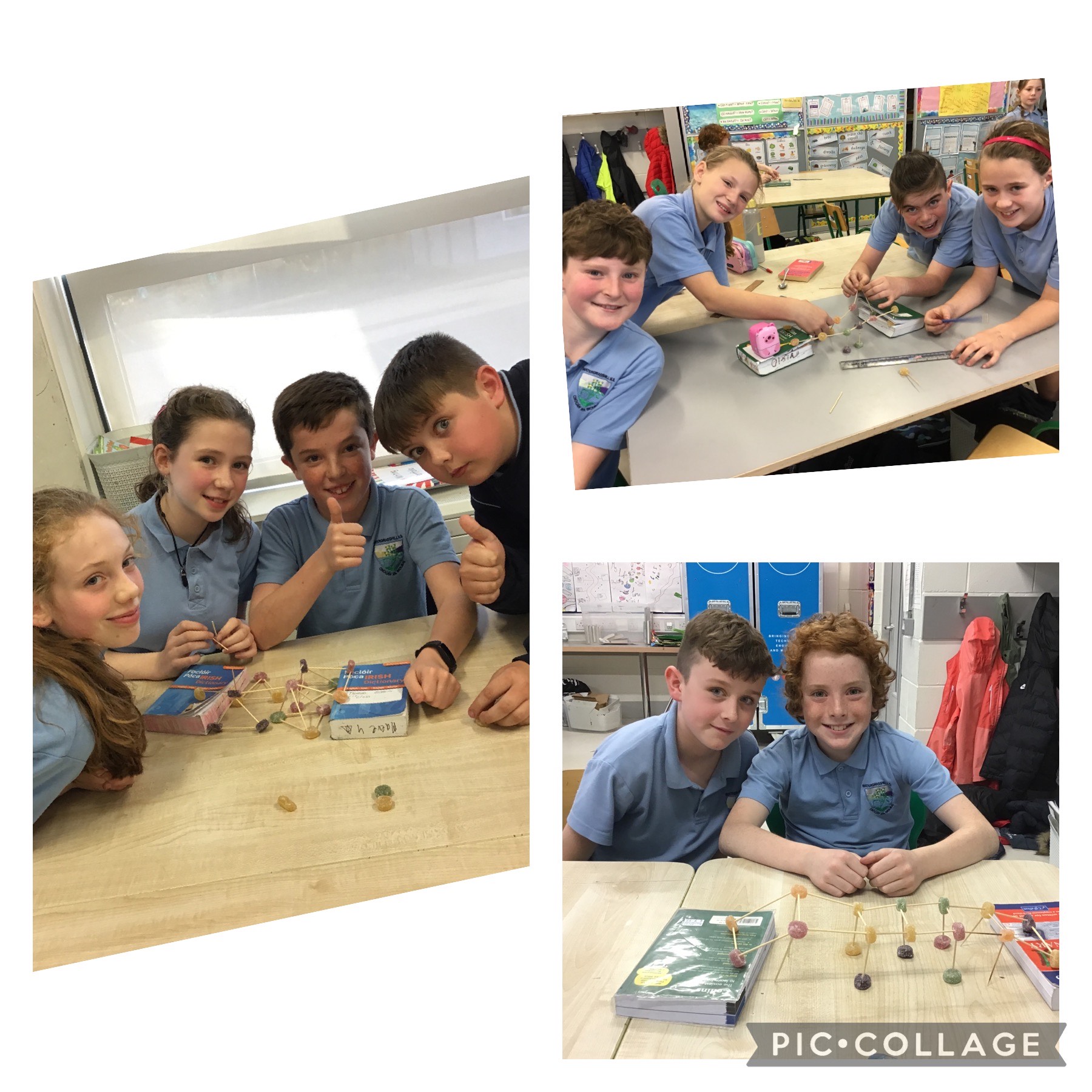 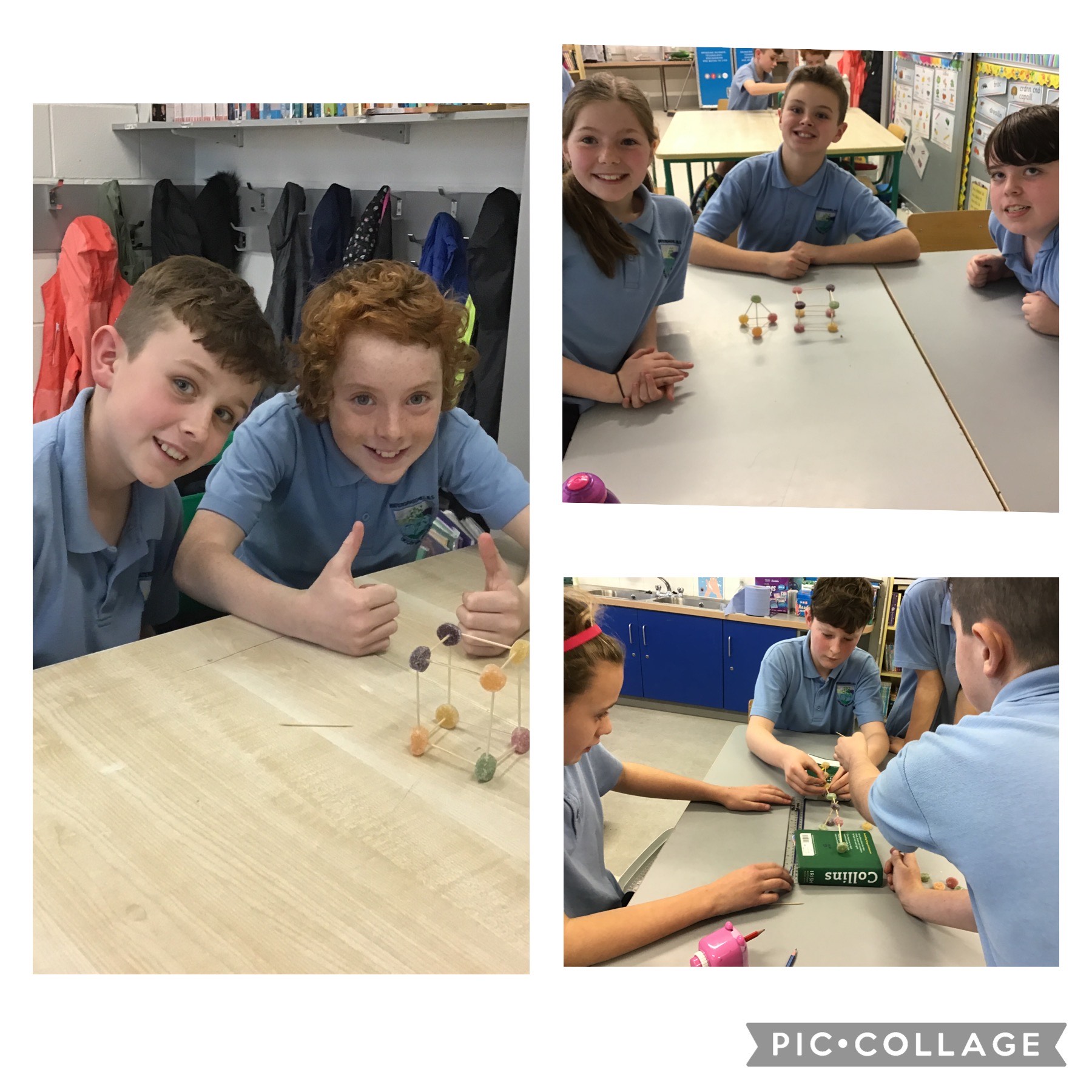